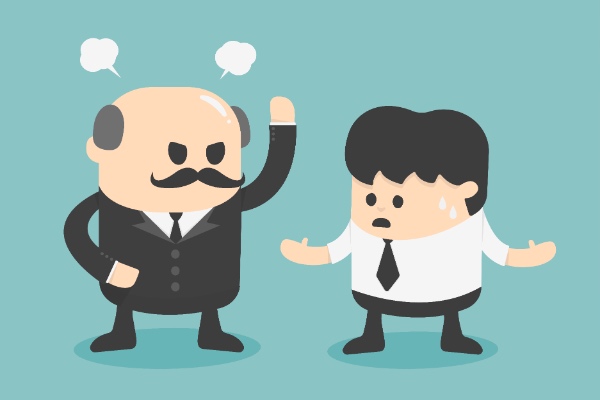 On the other hand, Emotion Based Boundary Setting requires no prior knowledge or training. You engage in it based on how you feel at any given moment. Your actions are driven by your emotions. Since everyone has emotions, everyone also has the ability to use this approach from the get-go. Rather than being strategy driven, your goal is emotion driven.

Think of it this way. Regardless of the effectiveness of their actions, all people engage in boundary setting each day on some level. Since most people are not consciously aware of what they are doing and why they are doing it, they are not engaging in Strategic Based Boundary Setting. But these same people will respond in some manner to personal boundary encroachments and violations. Since they are not responding based on achieving a strategic goal, then they are responding based on achieving an emotional goal. Their emotions are the driver of their actions.

When it comes to Emotional Boundary Setting, there are basic two categories. Actions based on fear and actions based on anger. Boundary violations are unlikely to make you sad or only surprise you. But they are likely to make you fearful or angry. Based on your emotional response, you will react in some manner. This reaction is the essence of Emotion Based Boundary Setting. If you are fearful, you have a set of responses that are consistent with being afraid. If you are angry, you will respond consistent with being angry. The problem is that these responses don’t take into consideration their appropriateness for the situation. They are not goal oriented, they are emotion oriented.

Given that human beings develop their emotions well before their cognitive processes, it makes sense that people start off using EBBS. This method becomes thoroughly conditioned during people’s teen years. If some people are fortunate, they may learn effective boundary setting through modeling behavior. Or they may discover a method that works for them through trial and error. In that case, they may end up using a limited version of SBBS. But more than likely, they will condition themselves into habitually using ineffective emotional methods.

You are standing in line and someone steps in front of you.

What emotion you feel is situational.

You could have some degree of anger because someone unfairly stepped in front of you.

You could have some degree of fear because someone had the nerve to step in front of you AND he or she could be dangerous.

If you feel any other emotion, it is likely you did not consider the event a boundary violation. Therefore, there is no need for a response.

The problem is that if your response is anger-based, it is likely to escalate the situation. If your response is fear-based, you show yourself to be a non-enforcer of boundary violations. You create less external and internal respect for yourself. As a practical matter, one emotion based response usually leads to another from the other person and yourself. The result could easily be a situation that spirals out of control.

Many people, fearing the consequences of their actions, will use a low level response consisting of primarily body language. Unhappy with their response, their self-esteem will suffer. They may engage in all sorts of mental gymnastics to justify their response as adequate. They may fault the other person individually, or stereotype and blame the person’s gender, or race, or religion, or occupation, or social status, or anything that makes them feel better about their response.

Other people will allow their anger to obscure the consequences of their actions. They will use a higher level response of aggressive verbal and/or a physical action to teach the violator a lesson. As before, these types of actions are emotionally easier when faulting the other person individually, or stereotyping and blaming the person’s gender, or race, or religion, or occupation, or social status, or anything that makes them feel better about their response.

9 thoughts on “Boundary Setting: Emotion Based vs. Strategic Based”