A important aspect of Everyday Boundary Setting™ is to apply its tools in boundary setting situations. The Progressive Fence is an essential tool for effect boundary setting. Let's look back at Jerry Seinfeld's actions.

Did you see Jerry's use of the Progressive Fence? 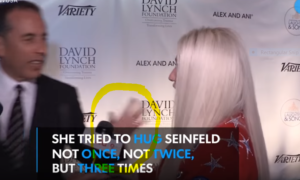 The first time that he verbally sets his boundary, he uses his hand as a physical fence between him and Kesha. The third time, he uses his hand and steps back from Kesha while repeating his verbal phrase of "No thanks". Jerry is progressively using a higher level of Communication/Enforcement to make sure that Kesha gets the message that he doesn't want a hug. Here we see the Progressive Fence as the combination of body language, assertive phrases, and physical actions that set a firm boundary on unwanted behavior. In this case, I categorize the unwanted behavior from Kesha as "awkward'.

This next video is a "social experiment". But regardless, the actions of the women (Bystanders) who intervene are not scripted. They provide examples of the use of the Progressive Fence. Notice that both women naturally use their hand/arm as a imposing physical barrier between themselves and the man as they make their verbal point about the rules of behavior. The Harassee is role playing. As part of her act, she employs a Broken Fence. A Broken Fence is a fence that is not maintained and not backed up with further Enforcement. Her hand comes up then drops back inwardly as she retreats. She is signaling (Communicating) weakness. The women who intervene are responding to the combination of the man's aggressive behavior and the woman's passive behavior. They are engaging in boundary setting on a societal basis that is applied on a personal level.

Please watch the first "incident" which is 10 seconds long.

This photo below shows the Harassee using a Broken Fence which conveys weakness. 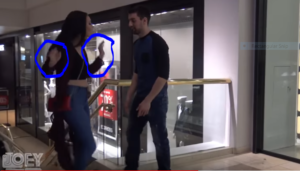 This photo below shows the women using two versions of the Progressive Fence. The woman on the right is using it more aggressively than the woman on the left. Her arm is fully extended. Notice that the man is using a Broken Fence. He is conveying his compliance to the women's boundary setting. 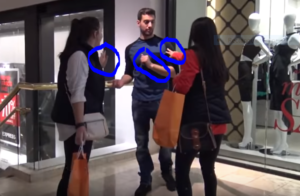 The above video clips depicts the use of boundary setting to deal with a "rude" person (as opposed to awkward). He has knowingly violated the rules of behavior. 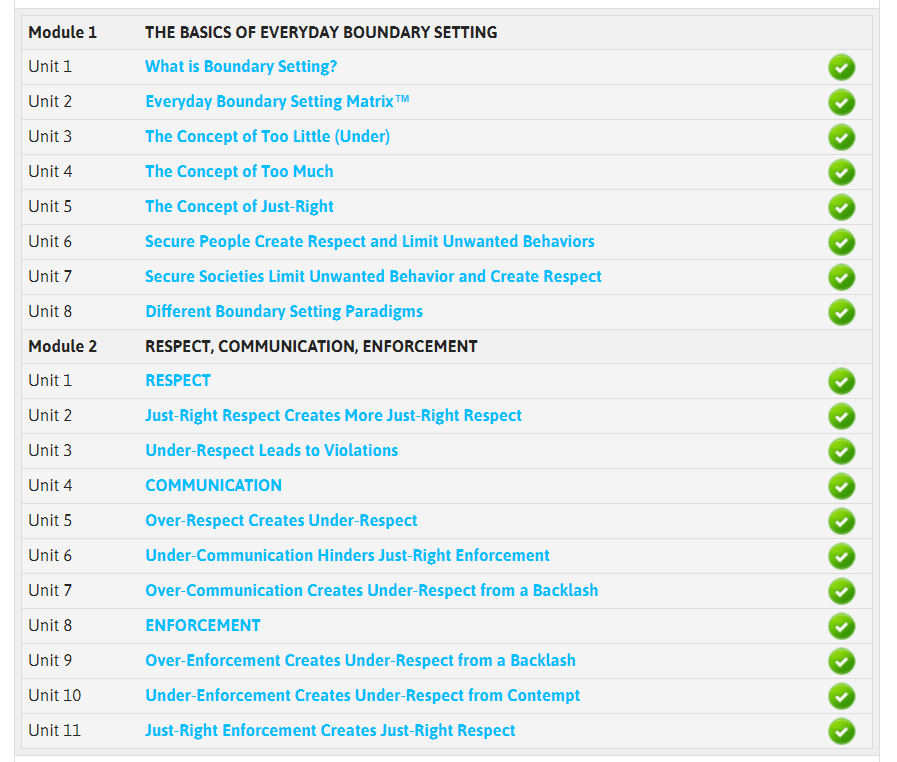