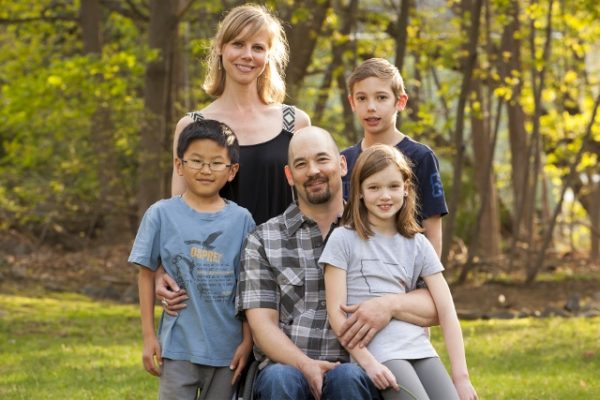 Boundary setting is a problem solving strategy that enables people to deal with and differentiate between awkward, rude, and dangerous people and situations.

As people with disabilities, we are subject to boundary intrusions on a regular basis that stem from other people’s negative implicit bias regarding both our competence and vulnerability. Due to this bias, many people interact with a person with a disability in an intrusive manner that they would not do with a person without a disability.

It is also common to receive unsolicited comments as follows:

More intrusive than questions and comments are physical actions that involve:

And there is there ever so common question of “Do you need help?” This question occurs so frequently that it is almost a replacement for the greeting of “Hello” or “How are you?” Regardless of the good intention of the question, it’s implication is very clear. A person with a disability is in a constant state of needing help and the more capable person without a disability should offer it.

This kneejerk response allows the offeror of help to avoid the extra step of evaluating the situation and determining whether help is actually needed or desired. The problem is the implicit bias of less competence that comes loaded with the question. This implicit bias of less competence is not only detrimental to the receiver’s self-esteem, it also has real world implications. Getting hired for a job is more difficult for people with disabilities. It harder for people with disabilities to be in positions of authority since their core competency is questioned.

In addition, competency and vulnerability are intertwined. People who are seen as vulnerable are more likely to be victimized by predatory people. These people are looking for “easy” victims and their implicit bias translates to thinking that a person with a disability is an easy victim. As a result, people with disabilities are more likely to be targeted for predation than a person without a disability.

The above issues are essentially boundary setting issues on both an individual and a societal level. Therefore, it behooves people with disabilities to be able to effectively set and enforce boundaries in awkward, rude, and dangerous situations.

Boundary setting is a strategy that is designed to create respect. Since people with disabilities are starting from a lower baseline point of respect, they need to work harder to create it. Higher levels of respect serve as a deterrent against boundary encroachments and violations.

Whether respect, contempt or a backlash is created is in the eye of the beholder who is the other person(s) involved. Therefore, there are no absolute boundary setting responses that are guaranteed to be effective. Boundary setting is a systematic strategy of testing and modifying responses as the situation evolves. Responses are situationally dependent. What is appropriate in one situation maybe over-enforcement in another and under-enforcement at some other time. In fact, it is safe to assume that any given response is as likely to be ineffective as it is to be effective in any hypothetical situation. Therefore, responses must be determined via situational problem solving, not by predetermination.

15 thoughts on “Boundary Setting for People with Disabilities, Part I – Erik Kondo”